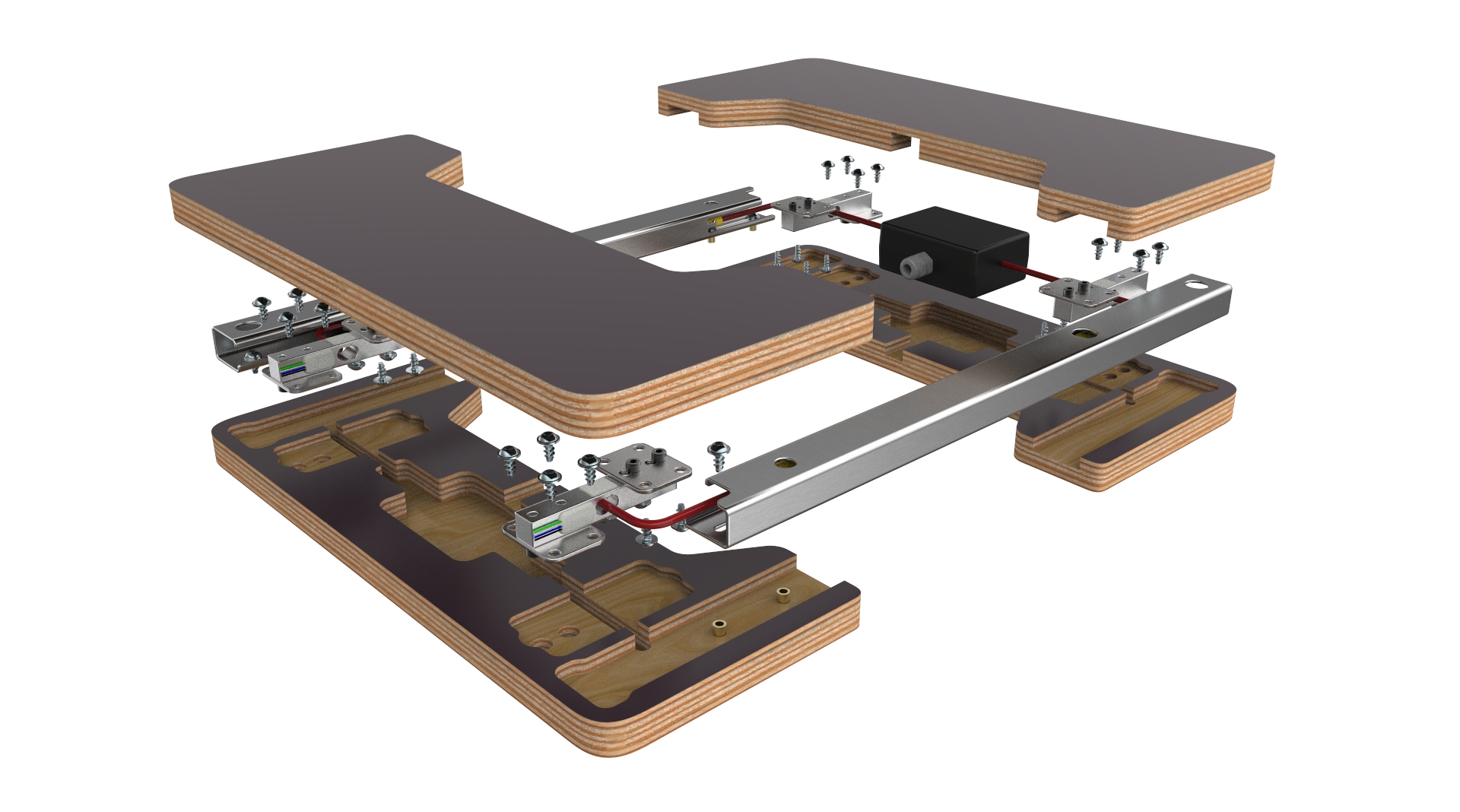 Click on the button below for the details of the BEEP base version 2 (v2).

Since the measurements of temperature and humidity go well, our current focust is on the most important measurement value: weight. Weightsensors, also called load cells, usually consist of an aluminum bar in which the deformation caused by a load is measured by a change in resistance of a small strain gauge. Load cells are designed to briefly weigh items such as people and goods.

In the case of the hive, however, we want to weigh continuously. Although the sensors are not always switched on (this is not necessary and would take too much power), the load on the hive always presses on the sensors. At the same time, environmental factors such as temperature and direct sunlight influence the measurements. Shifting temperatures in particular affect the reading of the load cells. In v1 we corrected this as much as possible in the software and used this correction in the hardware and software of v2.

However, in the tests in a controlled environment, we concluded that these corrections are not sufficient to reliably measure the changes in hive weight. Partly because the influence of temperature on the measurements differs per sensor and can change per sensor. There is also a time difference between when the temperature affects the measurements and these can also differ per sensor. Finally, we suspect that the wood, to which the sensors are attached, could also influence some inexplicable measurement effects. All in all, many uncertainties added together, which now make the measurements accurate to approx. +/- 200 grams (on a total weight range of 0-125 kg).

Why is reliable weight data so important?

As mentioned, the temperature influences the weight measurements. The extend of the influence varies. For example, when interpreting weight data, one may want to see the difference in weight gain or loss per day. This can vary from half a kilogram to a whole kilogram, depending on the weather conditions. When the actual changes are subtle, e.g. when tracking inventory usage in winter and early spring, these changes easily cause interpretation errors. The current v2 measuring system is accurate to about 200 grams (on a total range of 0-125kg), but we want to go to an accuracy of 50 grams in order to be able to properly visualize small changes.

Other factors also play a role: rain and snowfall, moisture absorption in e.g. wooden hive parts, condensation in the hive. The more variations, the more unreliable and the greater the risk of confusion for the user of the data. This can potentially lead to wrong decisions.